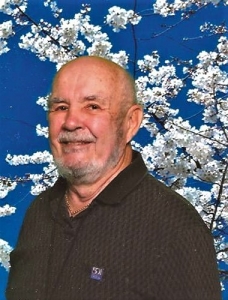 James Louis Smith Fermoile was born on August 3, 1934 in Niagara Falls, New York, the son of Louis and Hazel Fermoile. The 1940 U.S. Census lists two children, James age 5 and Richard age 4. Hazel, their mother, was listed as being Canadian born.

Grand Brother James L. S. Fermoile was inducted as Brother #344 in Alpha Eta Chapter in Niagara Falls, New York in 1949 at the tender young age of 15 years. His parents were a Niagara Falls, NY businessman who was a mechanic and owner of the Fermoile Battery Co., and a registered nurse. Gr. Bro. Jim attended Bishop Duffy High School in Niagara Falls, NY. His mother’s ancestors were British loyalists during the American Revolution who moved to Canada after the war. He had many relatives living on both sides of the border.

Fraternities were not permitted on the Bishop Duffy H.S. campus but individual students were fraternity members. Jim received invitations to pledge for a couple of fraternities but he chose Gamma Delta Psi because he knew more about them from friends and from older Fermoile cousins who had been brothers. Later Jim’s younger brother, Richard, would also become a member.

Alpha Eta Chapter meetings were held in the homes of the members. Dues were $0.25 USD weekly. His first office held in the chapter was Treasurer and as such he was actively involved in planning social and fund-raising events. He was elected chapter President in 1951. Having been a Senior Class officer, he was well acquainted with planning and directing social events such as the Senior Prom. That experience was to benefit him greatly as an Alpha Eta chapter officer.

Fund raising activities for Alpha Eta Chapter in which Bro. Jim played a prominent role included major Thanksgiving and Easter events which saw a profit of between $300 and $500 USD for the chapter. Note that current values in 2019 dollars (most recent figures available) would be equivalent to approximately $3000.00 to $5000.00 USD. Alpha Eta Chapter was also very active in sporting events. Jim was on the chapter football team and they played other fraternity teams at Hyde Park in Niagara Falls on Sundays.

Gr. Bro. Fermoile attended his first fraternity convention in 1950 which was held in Niagara Falls, New York. The convention was led by Jim’s older cousin, Gr. Bro. William “Bill” Fermoile. Bro. Jim was an Alpha Eta chapter delegate. He was actively involved in planning for the convention, having previously had experience in event-planning such as fraternity dances. At the age of 16 he had signed the contract to secure the Niagara Hotel Ballroom for his Senior Class Prom. The 1950 convention was the historical Gamma Delta Psi assembly that re-organized the fraternity following it’s dormancy at the end of World War II and after the lackluster 1946 convention. He was appointed National Secretary at that convention. Gr. Bro. Jim stated that he greatly appreciated the tutoring and training that he received from Bro. Walter Mimnaugh, who was fraternity President at that time. Bro. Jim also served as Vice-President in charge of Expansion under Bro. Walter Mimnaugh’s presidency.

Grand Brother Jim, or JLSF as he is widely known, graduated high school in 1952 and enrolled in the University of Buffalo during 1952 – 1953. He was very active in sports and also worked to help pay for his college expenses. He founded the Alpha Upsilon Chapter of Gamma Delta Psi at the University of Buffalo. He served as Lieutenant in the R.O.T.C (Reserve Officer’s Training Corps) at U. of Buffalo. Ultimately Bro. Jim was so heavily involved in sports, social activities, fraternity and work that he was unable to continue in school.

Gr. Bro. Fermoile continued to live in the Niagara Falls, NY area and went to work for Moore Business Forms in their Estimating Department and worked for that company for 18 years. He was promoted to the position of Administrative Field Auditor which involved extensive traveling. During the period of 1954 to 1959 he was able to combine work travel with his passion for fraternity events and extension. He also helped to re-write the fraternity constitution during this period. After his work hours he managed to found Gamma Delta Psi chapters in Canada (Alpha Phi in Mimico-New Toronto and Alpha Chi in Oakville), restarted Beta Chapter in Niagara Falls, visited Alpha Rho chapter in Arlington, Virginia and Alpha Omega chapter in Lewiston, New York. As Chairman of the Board of Trustees he oversaw the chartering of Beta Alpha Chapter in Hopewell, Virginia and Beta Gamma Chapter in Chester, Virginia. Gr. Bro. Jim was elected as National President in 1954 and served for 3 years. He also served as Vice President of the Inter-Fraternity Congress and was Chairman of the IFC national convention. He moved to Detroit in 1959 and completed his college work with a degree from Wayne State University. During 1957 Gr. Bro. Jim was involved in secret negotiations to possibly merge Gamma Delta Psi with another Greek letter high school fraternity. The negotiations took place in Jamestown, New York. When it became apparent that the merged fraternity would not be good for Gamma Delta Psi nor known by our Greek letter name, he ended the negotiations.

Following the tragic death of his Canadian fiancée in a traffic accident, the grieving Gr. Bro. Jim left Moore Business Forms and traveled extensively around Europe. The Moore company asked him to return but Jim decided to extend his travels partly based on an encounter he had with a physician and his wife who he met in Scotland. The doctor convinced Jim that he needed to experience life while he was still young enough to enjoy it. Their advice helped him to extend his time away from work for almost two years. During that time he explored Europe while driving his red Triumph convertible. He studied at the University of Paris and the University of Bologna in Italy as well as undertaking studies in England. He visited the U.S.S.R. (Soviet Union – now Russia), Poland, Scandinavia and was en route to India when he decided to return to Detroit. He resumed his career with Moore Business Forms and was promoted. He was placed in charge of prestigious accounts with General Motors and S.S. Kresge Co. which became K-Mart.

Leaving Moore Business Forms, Gr. Bro. Fermoile founded M.W.G.(Mid-West Graphics), an office supply company, in Detroit during 1970 from which he retired in 2000. During the years of his professional business careers, Bro. Jim continued to serve as Chairman of the Gamma Delta Psi Board of Trustees. He worked extensively with Brothers Dr. Frank Wilson, Dr. Geoffrey Smith and George and Nick Elaschuck.

Gr. Bro. Jim served for eight years in the Michigan and New York Air National Guard as a Staff Sergeant. He had originally hoped to be a pilot but the 20/20 vision requirement prevented him from achieving that goal.

Jim met Ann Marie Cusick at the Detroit Yacht Club in 1962. He owned a boat and they sailed extensively. They were married in 1968. Ann was a Detroit native. At one time she had lived in Washington, D.C. where she worked for a U. S. Senator and also worked for Time-Life Magazines. During 1961-1962 she worked for the election campaign of the Lieutenant Governor of California. In 1972 Jim and Ann literally sailed around the world. They would sail to a port, take flights to various places in the region, then pick up a cruise or boat and continue their travels to another part of the world. Jim says they “had a great time”.

Following retirement in the year 2000, Jim and Ann moved from Detroit to Salem, South Carolina. Their next move was to Florida. Ann had been in poor health for some time. Jim was unable to attend his cousin, Bill Fermoile’s Grand Brother induction due to her illness. Sadly, Ann passed away in August of 2011.

In recent years Jim stayed active and maintained a positive attitude. He volunteered with cultural venues for symphonies and other events. In 2013 he spent 35 days cruising the Mediterranean and was planning another lengthy cruise to the Caribbean in 2016 which never materialized. Living alone, he made his home in Cape Coral, Florida. He sold his house and moved to an assisted living facility. He never fully recovered from the death of his wife, Ann.

When asked how his experiences as a brother in Gamma Delta Psi has impacted his life, Gr. Bro. Jim replied that it helped him learn how to organize public events. He learned how to make a financial profit on fraternity events and was able to share that knowledge with younger fraternity brothers. He said he learned how to get along with and work with both agreeable and disagreeable people and get the job done. He commented that he learned to get along with strangers and to work easily with people of varying economic circumstances and social and cultural roots.

Among his memorable honors received, Gr. Bro. Jim listed being chosen as a Grand Brother, an Honorary Brother in Rho Alpha Chapter of Gamma Psi fraternity, becoming an Honorary Member of Alpha Delta Tau fraternity and being named as a Lifetime Member and Honorary President of Moore Business Forms 100 Point Club.

In recognition of the permanent positive impact Bro. J.L.S. Fermoile’s service and leadership had on Gamma Delta Psi Fraternity International during the second half of the 20th century, he was awarded the first selection to the Order of the Grand Crescent as Grand Brother # 1 on April 8, 1967 in Toronto. Gr. Bro. Jim related that his memories of his induction into the Order of the Grand Crescent include a train ride to Toronto, being met at the station by a couple of brothers and being escorted for the entire weekend including the ceremony and dinner. “It was great” is how he summarizes his experience of having been inducted as a Grand Brother. As a memorial we thank Grand Brother J. L.S. Fermoile as he rests in our Nirvana Chapter for having dedicated a major portion of his lifetime to the service of Gamma Delta Psi fraternity.

***Note*** Thanks to Bro. David Bartlett for editing. This Obituary and Memorial was composed and dictated to Bro. Dorsey Howard during multiple telephone conversations over a period of several months, beginning in 2015. Knowing that his life was winding down, Gr. Bro. J.L.S.F., with typical forethought, carefully chose what he wanted the members of our brotherhoods to know and remember about his life. May he Rest in Eternal Peace. ONCE A BROTHER – ALWAYS A BROTHER. 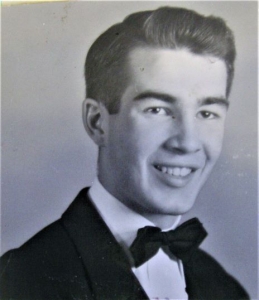