Past events in reverse chronological order. To add your photos use the contact form on the right.

Gamma Delta Psi / Gamma Psi B’fast was attended by GDP chapters Gamma Epsilon, Gamma Theta, Beta Pi, Beta Tau and Beta Psi.GP chapters were Alpha, Beta, Gamma, and Rho Alpha. Grand Brothers were three.Gary Robertson of The Spirit of Baseball was with us for a update. The event has been postponed . Hoping to have it later this year. Brothers if you have a old glove, or can donate money to buy some gloves please get in touch with Grand Brother Larry Belcher.

We have a OK for a chapter of GP at VWU also A good chance for a chapter at The College of the Albemarle
GDP group at Godwin is going strong Thanks again to Grand Brother Larry Belcher for his efforts.
We need more Brothers to promote GDP and GP to their Sons, grand sons, great grandsons, nephews.

All the best to Brother David Bartlett and his son James, we all hope James is doing much better

Love to see more Brothers and Sweet hearts next month.

Two Fraternities One Brotherhood / Once a Brother Allways a Brother, Hail all Hail Gamma Delta Psi

Talk was about UVA / VT basket ball, Guns or no guns,retired life, going back to work ,the new GDP website, visit it when you get the time. Kids, Grand Kids, Great Grand Kids,wives, the high wind on Friday, Prince George High School 70’s reunion.We look forward to seeing as many Brothers as possible next month. 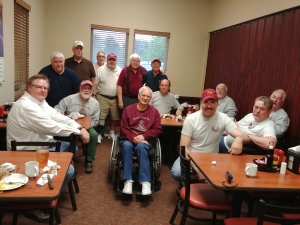 Following the memorial a dinner was held at Gadawaski’s Restaurant. L to R below are Brothers Stockdale, Kuch, Thompson, Schmitt and Mark Laminman (Gamma Xi). 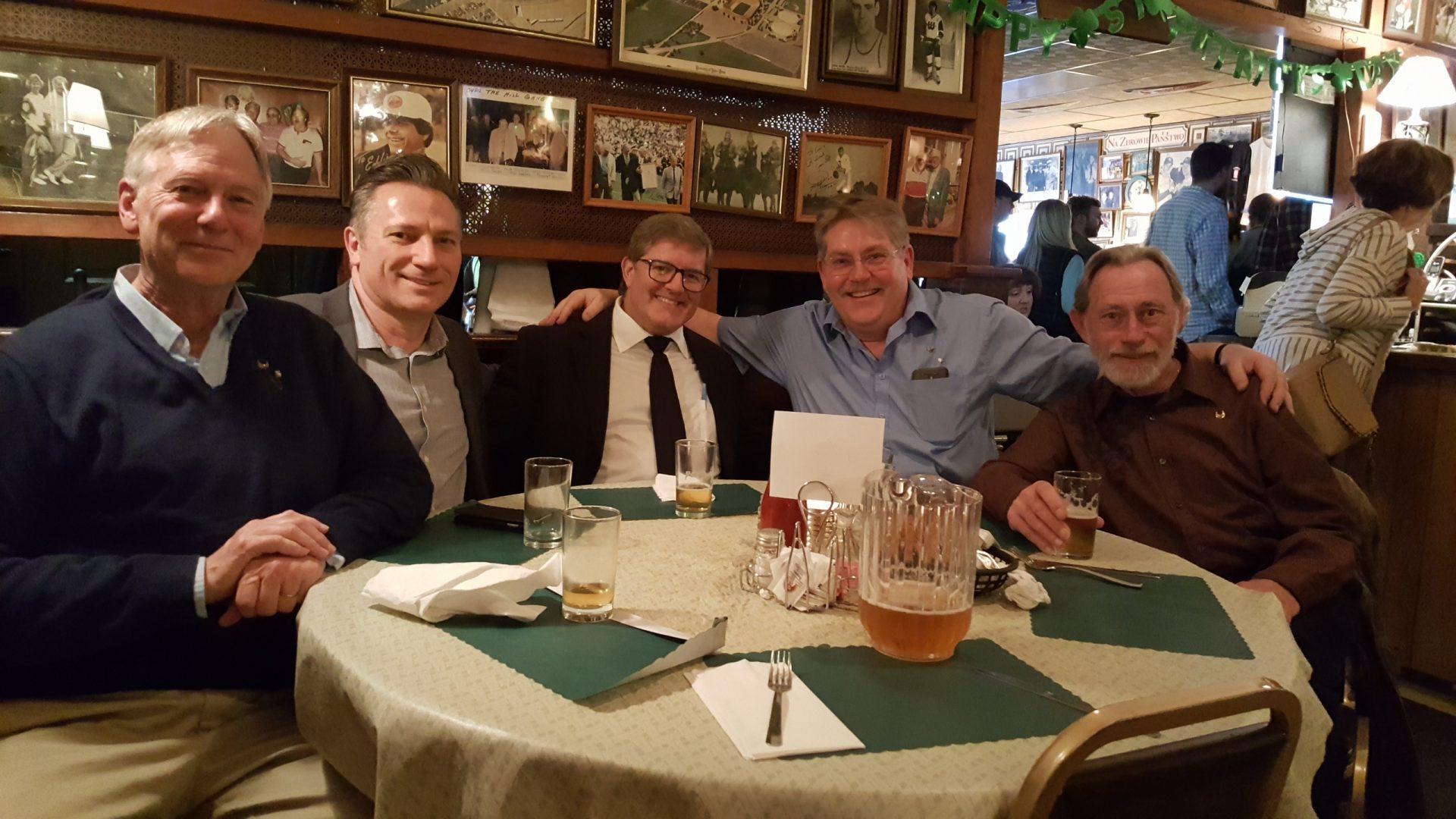 To have your photos added to an event listed here, please fill out the contact form and someone will contact you to obtain your photos.